Five of Emil and Gina Borreson’s children attended Gale College, an academy of the Norwegian Lutheran church, located in Galesville, Wisconsin. Here’s a graduation program for three of them who graduated in 1933. (The program was 15 inches long so I scanned it in two images. My thanks to cousin Carol for the copy.) 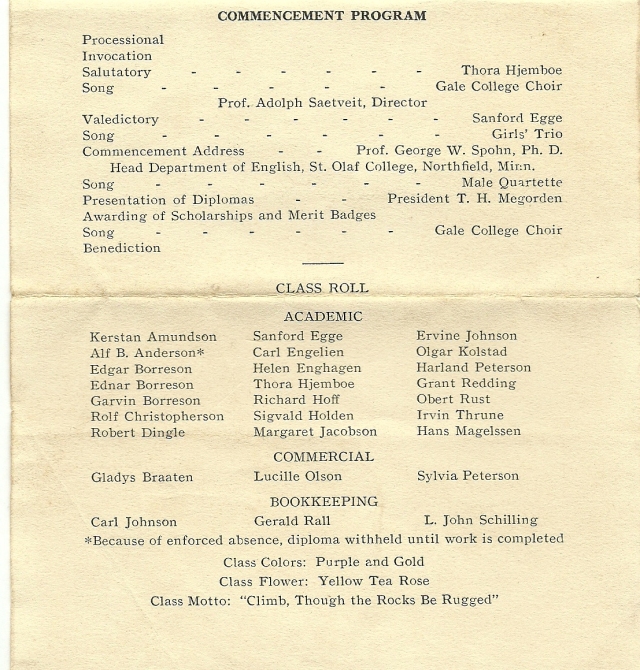 Edgar, Ednar, and Garven were graduates in this class of 1993. Edwin and Gilbert were Gale College grads in the 1920s. I am guessing that Rolf Christopherson (-sen) may be Pastor Einar Christophersen’s son. The latter served for a time on the board of Gale College. (I recognize the Engelien name from French Creek, Hoff from Whitehall or Pigeon Falls, and Schilling from Galesville.) Gale College was an important place in the life of many Lutherans, operating from about 1901-1940, even briefly as a junior college in the mid-thirties. Through the years I have been surprised how often I have heard people refer to it.

This entry was posted in Education, Uncategorized and tagged Gale College. Bookmark the permalink.

2 Responses to A 1933 Gale College Program